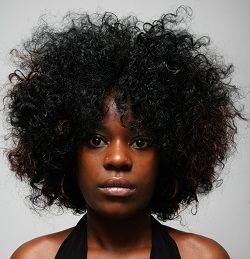 Presented to the American Academy of Dermatology’s annual meeting earlier this month, the study was led by dermatologist Dr Yolanda Lenzy in conjunction with the Black Woman’s Health Study at Boston University’s Slone Epidemiology Center. Over 5,500 women were questioned about their experiences with hair loss and it highlighted the problems caused by popular hairstyling treatments.

This form of alopecia is caused by inflammation of the hair follicles, resulting in scarring and permanent hair loss. Almost 50 per cent of the women who were surveyed reported that they had hair loss on their crown and top of the scalp and Dr Lenzy believes that the majority of these women are likely to be suffering from CCCA.

The exact cause of CCCA is not known and there may be a number of factors, including genetics. Popular black hairstyles, such as braids, weaves, extensions or chemical treatments, are often implicated but this has not been conclusively proven. Other causes include fungal or bacterial infections or as the result of autoimmune diseases.

Initially, sufferers see gradual hair loss on the vertex of the scalp that will eventually extend outwards. Some might experience symptoms such as itching, stinging or burning as a result of the inflammation, whereas other sufferers will not feel any accompanying sensations as the scarring occurs.

Other forms of hair loss in black women

Another common hair loss condition is traction alopecia. The hair follicles are put under strain, usually as a result of particular hairstyles such as braids, weaves and also treatments such as chemical relaxation.

One of the other interesting findings of the study was that of those women who had suffered from hair loss, over 80 per cent had never sought medical advice. Advanced CCCA is difficult to treat as it is impossible to reverse the scar tissue, so it is important to request a referral to a dermatologist as soon as you start to notice the signs of hair thinning and hair loss.

A biopsy may be taken to assess the presence of inflammatory cells and degree of scarring. The aim of treatment, if caught early enough, is to prevent further progression of the disease and halt hair loss.