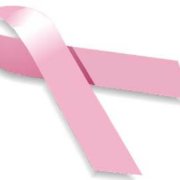 UK researchers have recently made a major breakthrough into the prevention of hair loss from chemotherapy.

The researchers from the University of Manchester discovered why a cancer drug causes hair loss commonly experienced by chemo patients. They now hope these findings could be used to develop new treatments which could prevent this devastating side effect.

Here, we’ll look at this incredible breakthrough and what it could mean for future cancer patients.

It’s been known for some time that the taxanes found in cancer drugs are what cause chemo-related hair loss. However, up until now, it wasn’t understood why. In this new research, the researchers discovered that the stem cells and dividing cells within the base of the hair folliclespix were vulnerable to the effects of taxanes.

The research team tested one of the newer forms of cancer drugs known as CDK4/6 inhibitors. The drugs are designed to block the division of the cells, and they’ve been medically approved as a targeted cancer treatment.

Using organ-cultured human scalp hair follicles, the team used the inhibitors to bathe the follicles. It was then that they discovered the follicles were a lot less susceptible to the damaging effects caused by the chemotherapy drugs.

Why further research is required

This breakthrough has understandably caused excitement in the medical sector. However, it’s important to note that further research will be required before potential treatments can be developed.

The main reason further testing is required is that this research was carried out on organ-cultured follicles. This means the follicles were specifically developed to mimic the characteristics of real human hair follicles. So, the research is currently only in the laboratory stage. Tests will, therefore, need to be carried out on human patients in order to determine the drug’s effectiveness.

Are there any current ways to prevent chemo-related hair loss?

Currently, there is one treatment method which can help to prevent chemo-related hair loss. Cold caps are now used in some hospitals to slow down blood flow to the scalp. This reduces the chemotherapy drug’s ability to reach the scalp, preventing the hair loss it ultimately causes.

These cold caps aren’t widely used, but they are becoming more prominent due to their success. They can be a little uncomfortable for patients to wear, but there have been no side effects reported from using them. At the moment they’re said to have a 50/50 chance of working.

Besides the cooling caps, there are no other existing preventative treatments available. There are medications which can aid in speeding up regrowth after cancer treatment. However, this new research provides hope that a future hair loss preventative medication could be developed.

A lot more research does still need to be carried out to back up these recent findings. So, it’s unlikely we’ll see a treatment being developed anytime soon. However, it’s still an exciting development and it presents hope for future cancer patients who are worried about losing their hair.

Dr David Fenton sounds caution at news of world’s first hair bank
Scroll to top
We use cookies to ensure that we give you the best experience on our website. If you continue to use this site we will assume that you are happy with it.OK