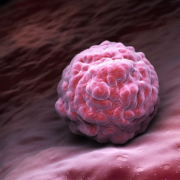 In a recent study, scientists have successfully managed to grow hair in mice using human stem cells. This has provided hope that a cure for baldness could be on the way.

The American scientists used skin organoids taken from stem cells. These small tissue cultures are able to create multiple layers of skin tissue which contain hair follicles. Here, we’ll look at this latest study and what it means for hair loss sufferers around the world.

The study was carried out at the Indiana University School of Medicine. The skin-like structures were developed within the lab, then grafted onto the mice. Growth factors were added to the cells, alongside proteins that are known to stimulate hair growth.

It took five months in incubation for hair to start to appear. As well as hair follicles, the skin structures also developed nerves, sebaceous glands and muscle. The only thing not found in the grown cells were immune cells.

To make sure the grafts weren’t rejected, immunodeficient mice were used for the study. It was discovered that 55% of the mice saw between two and five millimetres of hair growth.

The latest study carried out on mice isn’t the only one to suggest stem cell treatment could be the answer for baldness. A new South Korean study has also shown stem cells could work as a potential baldness cure.

This study focused on human volunteers which were given an adipose-derived stem cell constituent extract topical solution (ADSCS). A total of 38 volunteers took part in the 16-week trial. After eight weeks, there was an increase in the amount of hair growth experienced. Not only did the solution increase hair growth, but it also improved density too.

Could stem cells be the future of hair loss treatment?

There have been a number of studies carried out in recent years which have shown stem cells to be a viable hair loss treatment. As they are natural, there is less chance of them being rejected by the body.

The fact scientists can now grow full skin structures within a laboratory environment is also an exciting development. It means hair can continuously be grown within a laboratory without the need for it to be harvested from humans. This gives specialists a potential lifetime supply of hair that can be used on patients.

It is important to note that stem cell research is still in its early stages. Further research will need to be carried out to involve larger patient numbers. Research has also so far been focused on treating androgenetic hair loss. There are different types of hair loss patients can suffer from. So, even if stem cells are a potential cure for baldness, they won’t be available as a treatment for all patients.

The stem cell research is the most successful so far in terms of finding a potential cure for baldness. It will be exciting to see how it advances and whether it could help to create the first-ever020 7580 8356 cure for baldness.

Hair and Scalp Conditions Affecting Black Women
Scroll to top
We use cookies to ensure that we give you the best experience on our website. If you continue to use this site we will assume that you are happy with it.OK