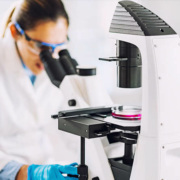 Japanese scientists have developed a hair cell transplant technique which could reverse balding. The Tokyo based study looked into the effectiveness of transplanting a patient’s own hair cells into the scalp. It revealed an 8% increase in the amount of hair produced by the patients over a period of one year.

Here, we’ll look at this new research and the technique that’s been developed.

How was the study carried out?

Scientists from the Tokyo Medical University Hospital developed the new hair cell transplant technique which was tested on over 75 patients. The patients included 50 men and 15 women, aged between 33 and 64 years old.

The study ran for a period of one year, and some of the patients were given a placebo injection for comparison results. Tiny samples of the cells found within the dermal sheath cup were taken from the back of the head. They were then treated and multiplied within a lab setting before being injected into the top of the scalp.

The patients were examined every few months to see how the treatment was working.

What did it reveal?

The results of the study have proven promising. It was discovered that on average, there was an 8% increase in hair density. The majority of new hair growth seemed to appear during six-month and nine-month periods.

The only potential negative finding was that hair growth really slowed down after nine months. There was also some evidence to suggest that the treatment works better on older patients.

Interestingly, they also discovered that injecting more cells into the top of the head didn’t increase the results compared to the smaller doses. The scientists have a number of theories as to why this happens. The most common is that cell debris from the samples could have prevented the extra cells from being activated. It could also have been caused by an immune system response.

Who would make a good candidate?

From the results discovered so far, the new transplant technique would largely prove beneficial for older patients. It would also suit those who have minimal baldness at the back of the head.

It’s important for patients to realise that there are lots of different types of hair loss. The new transplant technique is being tested on those who have the most common type of hair loss – male or female pattern baldness. This is a genetic condition which impacts a large portion of the population as they age. Currently, there is no cure available. However, this new treatment could prove promising at reversing hair loss.

Overall, new developments are continuously being made within the hair loss sector. This latest study is certainly promising, but further tests will need to be carried out. It is important for all patients who are experiencing hair loss, to undergo a consultation. There are some effective treatment options already available. However, you need to determine the type of hair loss you are experiencing before the proper treatment can be recommended.

Alopecia Areata Treatment Get FDA Breakthrough Therapy Status
Scroll to top
We use cookies to ensure that we give you the best experience on our website. If you continue to use this site we will assume that you are happy with it.OK