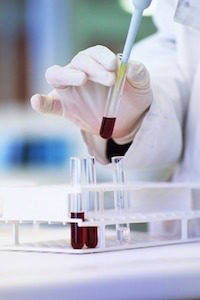 A recent press release has provided fresh hope for alopecia sufferers, announcing that promising JAK inhibitor treatment patents have been granted in the US.

There have been a lot of studies carried out in recent years to establish whether JAK inhibitors would be a viable treatment for severe hair loss conditions. The results of the research conducted thus far have been extremely promising; with treatments currently making their way through an extensive clinical trial process.

This latest development is being classed as a major next step towards a possible cure for hair loss set to be introduced by the year 2021.

In their press release, Aclaris Therapeutics revealed they had been granted two patents from the US Patents Office.
One of the patents is exclusively focused on baricitinib as an agent, which could be used to both encourage hair growth and help to manage hair loss conditions. The other patent covers the use of baricitinib, tofacitinib, decernotinib and ruxolitnib.

Both patents are set to expire by November 2031 and they’re actually owned by Trustees from the Columbia University in New York City. They are licensed by Aclaris.

Which types of hair loss could JAK inhibitors treat?

What’s most interesting about the statement released by Aclaris, is that the patents cover using JAK inhibitors to treat both Alopecia Areata and Androgenetic Alopecia.

Up until now, the company has only discussed the autoimmune disorder, Alopecia Areata, currently the cause of around 2% of those suffering with hair loss. In the press release, however, the company actually mentions the treatment of Androgenetic Alopecia, otherwise referred to as male or female pattern baldness. This is the most common type of hair loss, estimated to be the cause in a staggering 98% of men suffering from hair loss.
This would be a major development within the industry and has certainly caused a lot of excitement and hope for a future cure for baldness. However, not everyone is convinced the patents are a positive thing.

Although the two patents do mark an exciting and hopeful step in the development of a future hair loss cure, there’s some concern over how quickly the treatments will be developed.

Aclaris has now moved into the next stage of development. Although the process of bringing a new treatment to market is necessarily long and convoluted, the hair loss industry is extremely lucrative and the financial gains of providing a highly effective alopecia treatment will be considerable.

http://www.drdavidfenton.com/wp-content/uploads/2017/07/David-Fenton-logo-revised.png 0 0 Clinic Team http://www.drdavidfenton.com/wp-content/uploads/2017/07/David-Fenton-logo-revised.png Clinic Team2017-10-12 15:05:372017-10-05 15:48:42Next step towards a new, potential hair loss treatment?
High levels of iron deficiency detected in young women Get talking about hair loss
Scroll to top
We use cookies to ensure that we give you the best experience on our website. If you continue to use this site we will assume that you are happy with it.OK