In the hopes of finding an eventual cure, scientists around the world continue to explore the exact mechanism behind hair loss.

Hair loss as a result of your hair turning into skin 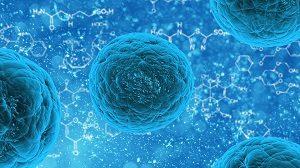 The results of a study carried out by scientists at the Tokyo Medical and Dental University showed that as the hair ages, the stem cells within its follicles become damaged. This causes them to develop into skin, rather than new hair. The more time that passes, the more frequently this occurs and the hair follicles end up shrinking before completely disappearing.

The study was led by Emi Nishimura, and it initially involved looking into stem cell growth of follicles in mice. It showed that damage caused to the DNA as a result of ageing, led to the Collagen 17A1 protein to be destroyed. It was this that triggered the change in the stem cells, turning them into epidermal keratinocycles. These are basically cells that can be easily removed from the surface of the skin.

After studying mice, Nishimura then studied the hair follicles in women’s scalps. All participants ranged from ages 22-70 and it was discovered that the women over the age of 55 had smaller hair follicles and they also produced less of the Collagen 17A1 protein.

A more recent study led by US biologist Rui Yi, found that the Foxc1 transcription factor also had an impact on the hair growth cycle. It is responsible for regulating the cycle and Yi’s study showed that mice who didn’t have Foxc1 in the skin didn’t experience the normal dormant stage of the cycle. Instead, the follicles remained in an active state.

Women have often complained that their hair has become thinner as they age. It’s considered a natural part of the ageing process. However, up until now it wasn’t really understood why. The study provides a valuable insight into what happens to the hair follicles as we get older.

Of course, it doesn’t provide much comfort if you are currently experiencing age-related hair loss. However, it does offer hope of future hair loss treatments. By understanding how and why the hair thins as time goes on, research can be put into developing treatments to solve the problem.

Overall, it is estimated that by the age of 50, around 50 per cent of women will experience some level of hair loss.