A new assessment tool for female hair loss conditions is moving into clinical trials to test its effectiveness. The system is set to be used to grade and assess Lichen Planopilaris, which includes a type of scarring hair loss.

The tool, developed by researchers within the Massachusetts General Hospital in Boston, USA, is now being trialled by 40 volunteers.

The new tool, dubbed the Boston GOAL, is currently undergoing a six-month observational study. Involving 40 volunteers, it is hoped the trial will show the device to be an accurate and valid tool to help diagnose and monitor patients with Lichen Planopilaris.

It will be used to rate any changes within the patient’s symptoms according to scores from the Dermatology Life Quality Index and a Numeric Rating Scale (NRS). Once the grades have been identified with the tool, they will then be correlated with skin biopsies which will help to evaluate the activity of the disease at a more microscopic level.

The trial was registered in 2017 and it is estimated to be completed by September 2019. The study itself will be completed by December, meaning its results will either be published in late 2019, or even early 2020.

What is Lichen Planopilaris?

Lichen Planopilaris is known to be an inflammatory condition which causes progressive, patchy permanent hair loss. It’s quite a rare condition, and there are three known types including:

The condition tends to affect young women, though occasionally it can impact men too. Its exact cause is unknown and other than patchy permanent hair loss, there aren’t usually any other symptoms.

What is Frontal Fibrosing Alopecia? 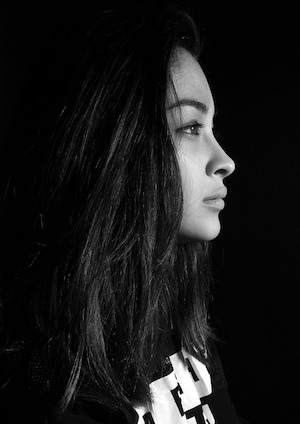 Frontal Fibrosing Alopecia is a type of Lichen Planopilaris, largely affecting the scalp. It is a slow, progressive condition, causing hair loss and scarring near the forehead. Occasionally, the condition can also affect the eyelashes, eyebrows and other parts of the body.

It is also possible for women suffering from Frontal Fibrosing Alopecia, to suffer from female pattern hair loss at the same time. This causes the hair on the scalp to thin and increase shedding. There is some suggestion that this type of condition may be caused by hormonal changes, but the exact cause isn’t known.

There is no cure available for Frontal Fibrosing Alopecia, though medications are available to slow down its progression. Some patients have seen their hair loss stop after a while. However, researchers are currently unsure whether this is down to the medications used, or whether it naturally stops by itself.

This new diagnostic tool will prove useful at diagnosing Lichen Planopilaris and highlighting its progression. While it won’t lead to a cure just yet, it will ensure women who are diagnosed can seek treatment as early as possible.

Overall, Lichen Planopilaris can be a devastating condition. Although rare, it is important women who are experiencing the condition, seek treatment as soon as possible to slow down its progression.

http://www.drdavidfenton.com/wp-content/uploads/2017/07/David-Fenton-logo-revised.png 0 0 Clinic Team http://www.drdavidfenton.com/wp-content/uploads/2017/07/David-Fenton-logo-revised.png Clinic Team2019-04-16 19:14:332019-04-16 19:22:58New Assessment Tool for Female Hair Loss Conditions in Development
Pharmaceutical companies race to bring alopecia areata drug to market Leading hair loss expert announces possible Androgenetic Alopecia cure
Scroll to top
We use cookies to ensure that we give you the best experience on our website. If you continue to use this site we will assume that you are happy with it.OK