Uterine fibroids are thought to disproportionately affect black women and although typically small and benign, but now a new study has found that there is a potential link between a specific type of hair loss and these tumours located in the tissue of the uterus.

The type of hair loss that occurs is known as central centrifugal cicatricial alopecia or CCCA and, like uterine fibroids, it is found in higher rates in black women. A large-scale study conducted by scientists at the John Hopkins University in the US reviewed the medical records of almost half a million black women and found that nearly 14% of those suffering from CCCA also had a history of uterine fibroids, whereas only 3.3% of those without CCCA had fibroids. 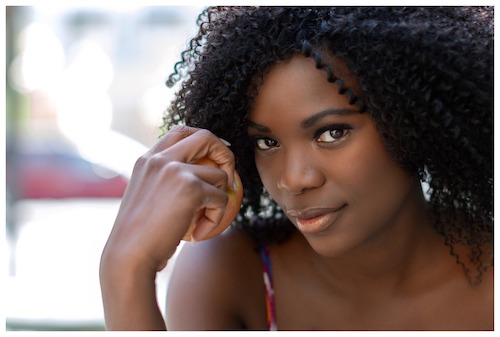 Published in December’s issue of the JAMA Dermatology journal, the study concluded that black women with CCCA are five times more likely to have fibroids than those without this hair loss condition, but as Dr Aguh, the lead of the study, stated “the cause of the link between the two conditions remains unclear” but doctors should consider advising their CCCA patients of the possible risks of other scarring conditions.

Central centrifugal cicatricial alopecia is a form of scarring alopecia and can result in permanent hair loss, most commonly affecting middle-aged women. The exact reason why black women are more prone to developing CCCA is still being researched but a genetic predisposition to scarring conditions is thought to be a key factor. Black hair care practices have been implicated for many years but no consistent link has ever been proven. Other possible causes include bacterial or fungal infections or an autoimmune disease.

The hair loss usually begins in the middle of the scalp and progressively extends outwards and the scalp can often appear shiny. Symptoms do not always present but there may be tenderness, itching or a burning sensation.

Early diagnosis of CCCA is important to prevent permanent and large-scale hair loss and will be based on the clinical features of the disorder and a scalp biopsy. As well as adopting changes to their haircare practices to avoid irritation of the scalp, treatment featuring minoxidil can help to prevent further hair loss.

http://www.drdavidfenton.com/wp-content/uploads/2017/07/David-Fenton-logo-revised.png 0 0 Clinic Team http://www.drdavidfenton.com/wp-content/uploads/2017/07/David-Fenton-logo-revised.png Clinic Team2018-01-21 18:14:072018-02-14 10:01:30Hair loss in black women linked to uterine fibroids
A biochemical breakthrough in the hair loss battle Fraxel laser resurfacing treatment to be tested on hair loss
Scroll to top
We use cookies to ensure that we give you the best experience on our website. If you continue to use this site we will assume that you are happy with it.OK