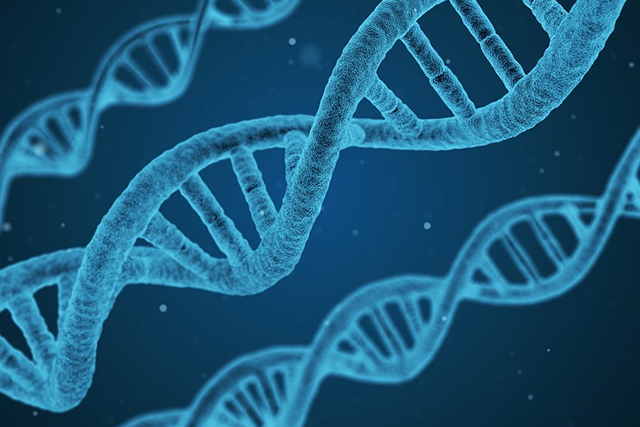 There are a lot of different causes of hair loss, but genetics is by far the most common. Typically associated with male pattern baldness, did you know that genetic hair loss can also affect women too?

Is genetic hair loss in women the same as male pattern hair loss?

The way in which the conditions present is totally different and, in contrast to male pattern hair loss, genetic hair loss in women is also much more difficult to predict. It tends to occur as more hair thinning than hair loss. The condition is said to affect approximately 21 million women across the world and it largely occurs in older women.

Another difference between male and female genetic hair loss is that it doesn’t present a specific pattern on females than it does on males. Instead, the hair thins all over the head, not just in specific areas. The parting also becomes wider with genetic hair loss in women. Up until recently, it was thought that the same genetics caused both male and female pattern hair loss. However, recent studies have discovered some significant differences.

How do genetics impact hair loss in women?

In 2018, a study carried out by the University of Bonn, discovered a genetic component linked to hypotrichosis, a form of hair loss which begins during childhood. They identified the cause as a mutation within the LSS gene which is responsible for the process of metabolising cholesterol. The mutated gene causes damage to the hair follicle, leading to hair loss. It’s a new discovery and more testing will need to be done to determine if it applies to adult hair loss too.

Finally, mutations of the APCDD1 gene has been found to cause the hair follicles to shrink. This, in turn, causes the hair to thin and become easily breakable. Studies have been carried out which have shown tweaking the APCDD1 gene can cause hair to stop growing in mice. As genetic hair loss in women does cause an overall thinning rather than patchy hair loss, it is likely this gene which has the biggest impact in the process.

Like male pattern baldness, there is no cure for genetic hair loss in women. However, there are many effective treatment options available to both slow it down and minimise its effects. If you are worried that you could be suffering from genetic hair loss, it is important to book a consultation with a hair specialist. There are many different causes of hair loss and the right one needs to be identified before an appropriate treatment can be prescribed.

http://www.drdavidfenton.com/wp-content/uploads/2017/07/David-Fenton-logo-revised.png 0 0 Clinic Team http://www.drdavidfenton.com/wp-content/uploads/2017/07/David-Fenton-logo-revised.png Clinic Team2018-12-17 22:37:332018-12-01 22:47:41Genetic hair loss in women explained
Party fun and winter sun: why this time of year is bad for our hair Could taking aspirin regularly be affecting your hair loss treatment?
Scroll to top
We use cookies to ensure that we give you the best experience on our website. If you continue to use this site we will assume that you are happy with it.OK