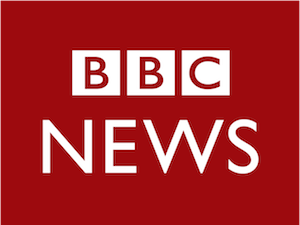 Dr David Fenton was recently interviewed for an article on baldness published on BBC Online. In light of the news that an immunosuppressant drug could potentially cure male pattern baldness, a BBC reporter delved into why there is such a stigma surrounding male hair loss.

Dr Fenton, representing the British Association of Dermatologists, explained to the reporter that the media has a role to play in male self-esteem, particularly when it comes to their hair.

“People create confidence and self-esteem from it, and when they lose even a little bit, if their character and confidence are based on that, they’re going to have severe emotional and psychological impacts.”

Dr Fenton then covered both the advantages and drawbacks of the current hair loss treatment options, before the reporter asked him the question that any man suffering from a receding hairline or thinning crown wants to know the answer to: will science find a ‘cure’ to baldness in the foreseeable future?

Dr Fenton explained that he thought that it would be possible to reverse balding, at least to some extent, in most people eventually. But, because baldness is a normal physiological process, rather than a disease, such a treatment would need to be taken continuously to prevent its effects wearing off.

“You can’t cure something that is a normal physiological happening,” he explained. “You’re fighting your genetic programming. And to do that you have to do it forever or until you don’t care.”

http://www.drdavidfenton.com/wp-content/uploads/2017/07/David-Fenton-logo-revised.png 0 0 Clinic Team http://www.drdavidfenton.com/wp-content/uploads/2017/07/David-Fenton-logo-revised.png Clinic Team2018-05-10 11:00:082018-05-10 11:27:22Dr David Fenton speaks to BBC Online about stigma surrounding baldness
Can a Woman Have a Hair Transplant? What Are Your Hair Loss Treatment Optio... Is your hair giving you a health warning?
Scroll to top
We use cookies to ensure that we give you the best experience on our website. If you continue to use this site we will assume that you are happy with it.OK