In early January, US President Donald Trump underwent a medical to put rumours of his mental health to rest. The results of the medical have now been made public, and surprisingly it’s not his mental health which has been pushed into the spotlight – it’s his hair.

It was revealed that Trump is a regular user of the hair loss drug Finasteride. The FDA approved drug is commonly used to combat hair loss and it’s proven to be extremely effective. However, it is also known to link to some pretty serious side effects. There were also revelations made by Michael Wolff in his recent book, that the President may have undergone scalp reduction surgery too.

In light of these revelations, here, we’ll look at whether Finasteride and scalp reduction surgery are good treatment options for hair loss.

Finasteride and its potential side effects

Finasteride has been used for many years and it is even FDA approved, so why is it only just hitting the headlines? The truth is it’s not. The side effects of Finasteride have been well-documented over the years, but as we’re talking about the President of the United States, it has pushed the issue well and truly into the spotlight. 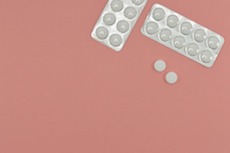 While the hair loss drug has proven to be extremely effective, its side effects definitely shouldn’t be ignored. In particular, it’s risk to sexual health is fairly high. It is known to shrink the prostate glands which proves beneficial in the treatment of urinary problems, but worryingly it can also cause erectile dysfunction. Experts have been warning men about its links to erectile dysfunction for decades.

Studies have shown the hair loss drug also contributes towards depression and self-harming. In fact, they showed a staggering 94% increase in the rate of men suffering depression when taking Finasteride.

While the drug can prove extremely beneficial in the treatment of temporary hair loss conditions, long-term use should definitely be avoided.

Scalp reduction surgery – is it worth it?

The procedure is rare these days and those suffering from hair loss are advised against undergoing the treatment. This is because of the invasive, gruesome nature of the procedure. It basically opens up the scalp, stretching the skin that is still capable of growing new hair, over the balding area. It’s otherwise referred to as flap surgery and it also removes approximately a 5cm width of skin from the scalp.

It wouldn’t be surprising if Trump did have the controversial surgery as back in the 1980s as there were less treatment options available compared to now. These days, there are many excellent, effective non-invasive treatments to choose from. So, patients looking to solve their male pattern baldness worries shouldn’t be tempted to opt for such extreme surgeries such as flap surgery, anymore.

http://www.drdavidfenton.com/wp-content/uploads/2017/07/David-Fenton-logo-revised.png 0 0 Clinic Team http://www.drdavidfenton.com/wp-content/uploads/2017/07/David-Fenton-logo-revised.png Clinic Team2018-02-21 07:38:322018-02-14 09:59:14Donald Trump Revelations Puts Spotlight on Hair Loss
Fraxel laser resurfacing treatment to be tested on hair loss The problem with hair loss ‘cures’ in the media
Scroll to top
We use cookies to ensure that we give you the best experience on our website. If you continue to use this site we will assume that you are happy with it.OK