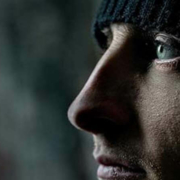 Wearable tech could be used to reverse male pattern baldness in the future thanks to a development made by engineers from the University of Wisconsin-Madison. The team have developed a low-cost, non-invasive, hair growth stimulating technology.

This technology is placed under a hat and when worn, it stimulates hair growth. So, could the key to reversing male pattern baldness really be as simple as putting on a hat?

How does the new hair loss technology work?

The new device uses low-frequency electric pulses to stimulate the skin. This is said to encourage any dormant follicles to start reproducing hair.

It is powered by movement, so will work as the user goes about their day. This means the devices don’t require any complex electronics or bulky equipment to work, making them much more discreet. They could easily be worn underneath a hat so nobody would know they’re there.

The energy harvesting device was developed by professor Xudong Wang, renowned for his designs and creations within the field. He’s already pioneered a weight loss implant which works using gentle pulses of electricity, alongside an electric bandage which promotes better wound healing.

Will it work on all male hair loss patients?

This new device is certainly an exciting development, but will it work for everyone? The answer is sadly not.

As it is designed to kickstart dormant hair follicles, it’s only going to be effective for those who are in the early stages of male pattern baldness. So, patients who have already lost the majority of their hair won’t see the benefits.

One of the best things about this new device is that it doesn’t appear to cause any major side effects. The researchers noted that minimal side effects were witnessed, although they don’t say what these effects were. What has been stated is that the side effects aren’t unpleasant.

The device has so far been tested on hairless mice. It was discovered that it stimulated hair growth just as well as two different hair loss medications. The fact it works just as well yet produces much fewer side effects is a major advantage. This is especially true when you compare it to the common hair loss drug Propecia. The drug is known to have some side effects that you’ll be informed about before deciding to go ahead with treatment.

Initial tests have proven successful in hairless mice. However, the researchers are now looking to progress to human testing. They have already patented the concept and it does seem tangible that they could be released onto the market in the future.

If you’re suffering from male pattern baldness, book a consultation with a hair specialist today. They’ll be able to assess the severity of the condition and determine the best course of treatment.

Too much work and you could go bald, according to new study
Scroll to top
We use cookies to ensure that we give you the best experience on our website. If you continue to use this site we will assume that you are happy with it.OK