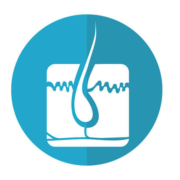 Researchers have made a new discovery that could see hair loss become an optional thing in the future. After carrying out a study on mice, they discovered a structure within the hair follicles that could play a crucial role in hair loss.

Now, they are hoping this new discovery could be the future cure of hair loss, preventing it from occurring in the first place. Here, we’ll look at what the researchers found and whether it could really be possible to opt out of hair loss in the future.

The new study, carried out by the Icahn School of Medicine in New York, discovered a new mechanism which contributes to hair loss. Specifically, they discovered the dermal sheath, a smooth muscle which surrounds the hair follicles.

The researchers discovered that there is sometimes a problem with communication between the cells. They also found that by blocking the contraction of the dermal sheath, it could help to prevent the existing hair shaft from shedding. While this wouldn’t provide a cure for baldness alone, it does open up the opportunity to use drugs to prevent the contraction of the sheath. This would minimise the amount of hair that is lost.

The new discovery into the dermal sheath has now opened up additional hair loss research avenues. The study was carried out on mice, so it would now need to be tested on humans. According to the researchers, the next step is to test human hair follicles in a dish.

If the dish experiments prove a success, the next stage would be to test the long-term safety of the mechanism in human patients. So, there is a lot of additional research which needs to be carried out.

Could hair loss really be optional in future?

Being able to opt out of hair loss would be the ultimate dream for hair loss patients. However, is it really a viable option moving forward?

This new study does prove promising, but patients need to understand there are different types of hair loss which can occur. So, while preventing the dermal sheath from eliminating some hair follicles will minimise some types of hair loss, it may not work for everyone.

In the meantime, patients who are currently experiencing hair loss or hair thinning should seek advice from a specialist. It is imperative to determine the cause of the hair loss prior to treating the condition. Different types of hair loss require a different type of treatment so always book a consultation before attempting to treat the condition.

Can Seborrheic Dermatitis Cause Hair Loss?
Scroll to top
We use cookies to ensure that we give you the best experience on our website. If you continue to use this site we will assume that you are happy with it.OK