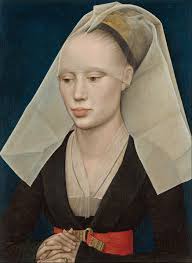 Receding hairlines are most commonly seen as the chief symptom of male pattern baldness. However, it isn’t only men who suffer from this type of hair loss.

Women can also develop a fast disappearing hairline, though the cause is slightly different to that which men experience. So, what causes hair loss along the frontal hairline in women and can it be treated?

Why do some women develop a receding hairline?

Receding hairlines in women are much more uncommon, but they do occur. Despite popular belief, this type of hair loss in women isn’t down to female pattern baldness, the genetic equivalent to male androgenetic alopecia. It’s usually caused by one of two lesser common types of hair loss. These include:

Traction alopecia – A condition which develops due to too much strain being placed upon the hair follicles. Most commonly caused by tight, restrictive hairstyles, it’s also often linked to the use of hair extensions and over-chemical use such as hair bleaching. Over time, the follicles weaken and become damaged, leading to more permanent hair loss at the hairline.

Frontal fibrosing alopecia – This type of hair loss is grouped in with what are commonly referred to as ‘scarring hair loss’ conditions. It occurs due to inflammation on the scalp triggered by hormones. It’s also recently been linked to the use of sunscreen in a study published in the British Journal of Dermatology. This inflammation starts to destroy the hair follicles and some women with the condition experience receding up to 8 inches into the hairline.

Both of these conditions can lead to a permanent hair loss around the hairline, which can obviously be devastating and have a huge impact on self-confidence. So, if the hair loss is considered permanent, does that mean it cannot be treated?

What treatment options are available?

If you have started to develop a receding hairline, understandably you’ll want to seek treatment as soon as possible. There are many different hair loss treatments available so before one can be selected, you will need to undergo a full consultation. Here you will also discover the best ways to prevent the condition from worsening.

With frontal fibrosing alopecia, there isn’t currently a treatment available to reverse the condition. However, there are treatments which can help reduce the inflammation and prevent the condition from getting worse. There’s also several cover-up options available, as well as the option to undergo a hair transplant for those who have experienced severe loss at the hairline.

Traction alopecia is a little easier to treat, with some treatments showing promising regrowth results. The treatment will need to be fully customised to suit each patient in order to be fully effective.

Overall, a receding hairline in women is becoming an increasing problem. The psychological impact this can have is significant, often leading to a complete loss of confidence. If you’re worried about your receding hairline, the key thing is to seek a consultation as soon as possible with a professional, qualified dermatologist. The earlier the condition is treated, the less damage it will cause both to your hairline and your wellbeing.

http://www.drdavidfenton.com/wp-content/uploads/2017/07/David-Fenton-logo-revised.png 0 0 Clinic Team http://www.drdavidfenton.com/wp-content/uploads/2017/07/David-Fenton-logo-revised.png Clinic Team2017-04-12 16:42:542017-04-03 16:52:06Can women suffer from a receding hairline?
Study finds hair transplants make men look younger and more attractive Genetic study finds link between height and your chance of going bald
Scroll to top
We use cookies to ensure that we give you the best experience on our website. If you continue to use this site we will assume that you are happy with it.OK