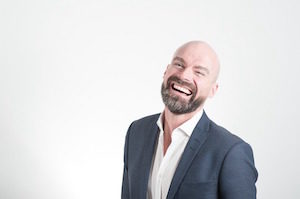 Could your height really indicate your chances of going bald? According to a genetic study carried out by researchers at the University of Bonn, the answer is apparently yes. Furthermore, the study also found links between a man’s race and natural tendency to go bald, along with a link to health issues and baldness.

Understanding the results of the study

The study, published in the Nature Communications Journal, revealed that short, white men were most at risk of baldness. The results are significant due to the sheer size of the study. Comprising of 10,846 participants with early onset hair loss, and 11,672 participants from seven countries, this is the largest study of its kind to ever be documented.

The goal of the study was to understand more about the biological links to male pattern baldness. While it has always been a common condition, these days it is said to affect up to 80% of men in Europe. Considering how common it is, there are currently just two treatment options which have been clinically approved. By understanding more about the different causes, it is hoped further treatments can be developed.

How does height link to hair loss?

You only have to look at stars such as Dwayne Johnson and Lebron James to see there’s exceptions to the findings. Dwayne, commonly referred to as The Rock, is renowned for his bald head. The mixed race, 6ft 5in actor has been shaving his head for years due to his battle with male pattern baldness. Similarly, 6ft 8in black basketball star Lebron James, has been suffering from a receding hairline for years.

So, while height and race can be an indicator of an increased risk of male pattern baldness, they aren’t a guaranteed factor.

The findings of the study are definitely interesting, but what’s important is to remember there are a wide range of factors which can lead to the condition. Rather than being linked to just one thing, it’s usually a result of both hormonal and genetic contributing factors.

It presents itself in a very distinctive way, starting just above the temples and receding up past the hairline. The hair on the crown of the head also often starts to thin and will typically lead to either partial, or full hair loss. The condition has also been linked to several health conditions such as diabetes, prostate cancer and coronary heart disease.

Overall, the link between height, race and baldness is interesting and more in-depth research will need to be carried out to determine exactly how they are linked together. There are several treatments available, though you will need a full consultation to determine which treatment option would be right for you.

http://www.drdavidfenton.com/wp-content/uploads/2017/07/David-Fenton-logo-revised.png 0 0 Clinic Team http://www.drdavidfenton.com/wp-content/uploads/2017/07/David-Fenton-logo-revised.png Clinic Team2017-04-19 16:52:302017-04-03 17:00:29Genetic study finds link between height and your chance of going bald
Can women suffer from a receding hairline? New Figures Show Spike in Type 2 Diabetes Meaning a Rise in Related Conditions...
Scroll to top
We use cookies to ensure that we give you the best experience on our website. If you continue to use this site we will assume that you are happy with it.OK